The viewing point is close to the "Feldherrnhuegel", a former vantage point for overseeing military exercises. Note the brown painted tank tread to the right of the scenic bank commemorating the military past of the area.

Before the beginning there was Ginnungagap, an empty space of nothingness, filled with pure creative power. Sort of like the inside of my head. And it ends with Ragnarok, the twilight of the Gods. In between is much fighting, betrayal and romance. Just as a good Godly story should be. Heroes have their own graveyard called Valhalla. Unfortunately we cannot show you a panorama of it at this time, nor of the lovely Valkyries who are its escort service.

Hail Odin, wandering God wielding wisdom and wand! Hail Freya, hail Tyr, hail Thor! Odin made the many lakes and the fish in them. In his traverses across the lands he caused there to be the Mulheim Bridge in Cologne, as did he make the Mercury fountain, Mercury being of his nature. 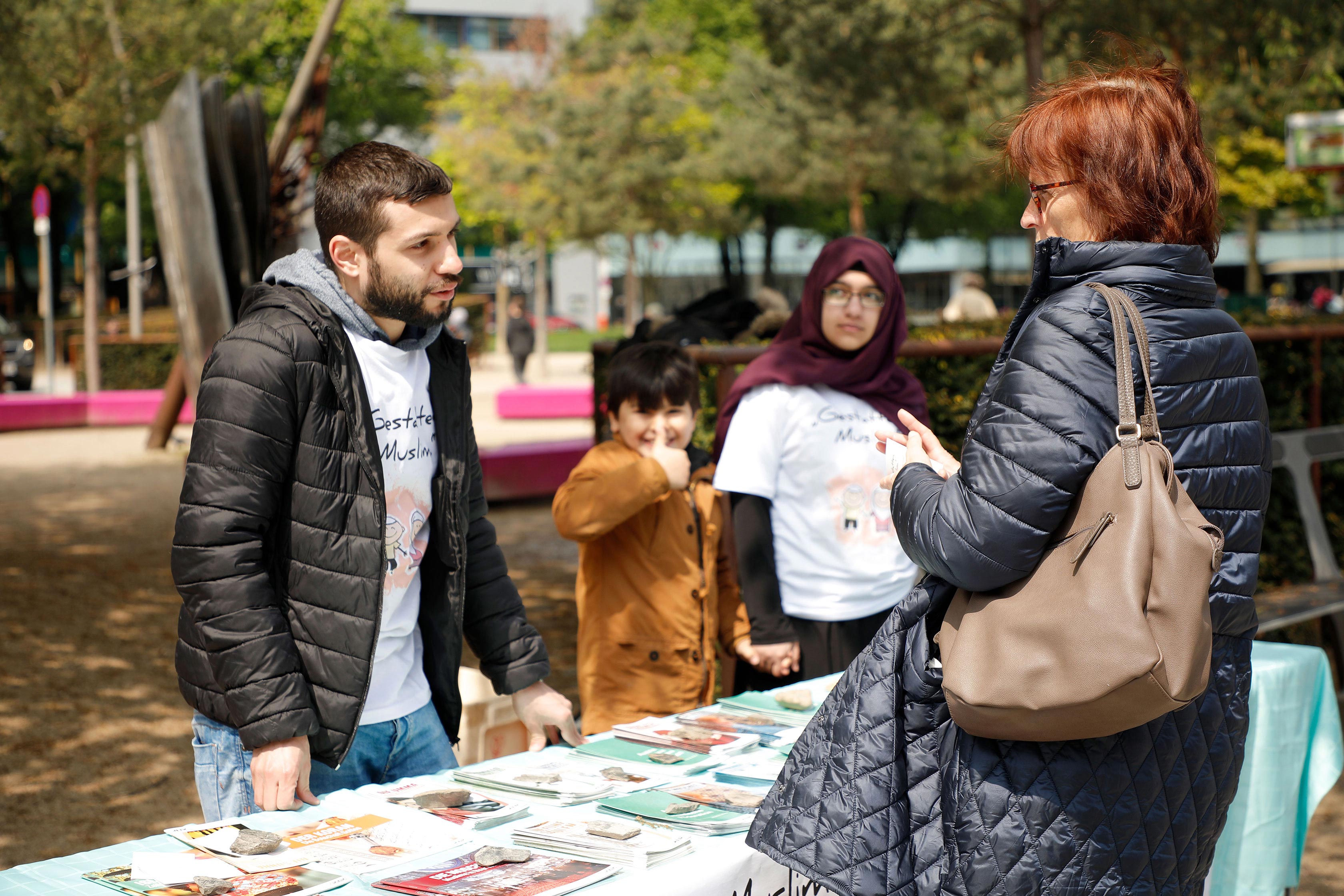 But it is to the mighty Thor that the Hammering Man gives service. Between the time of the Nordic old ones and that of modern Frankfort there may have been a T. Rex or two on the scene. At least some mastodons for sure came through for lunch, then fell into tar pits to become fossils for us to find.